Back To Homepage Homepage. 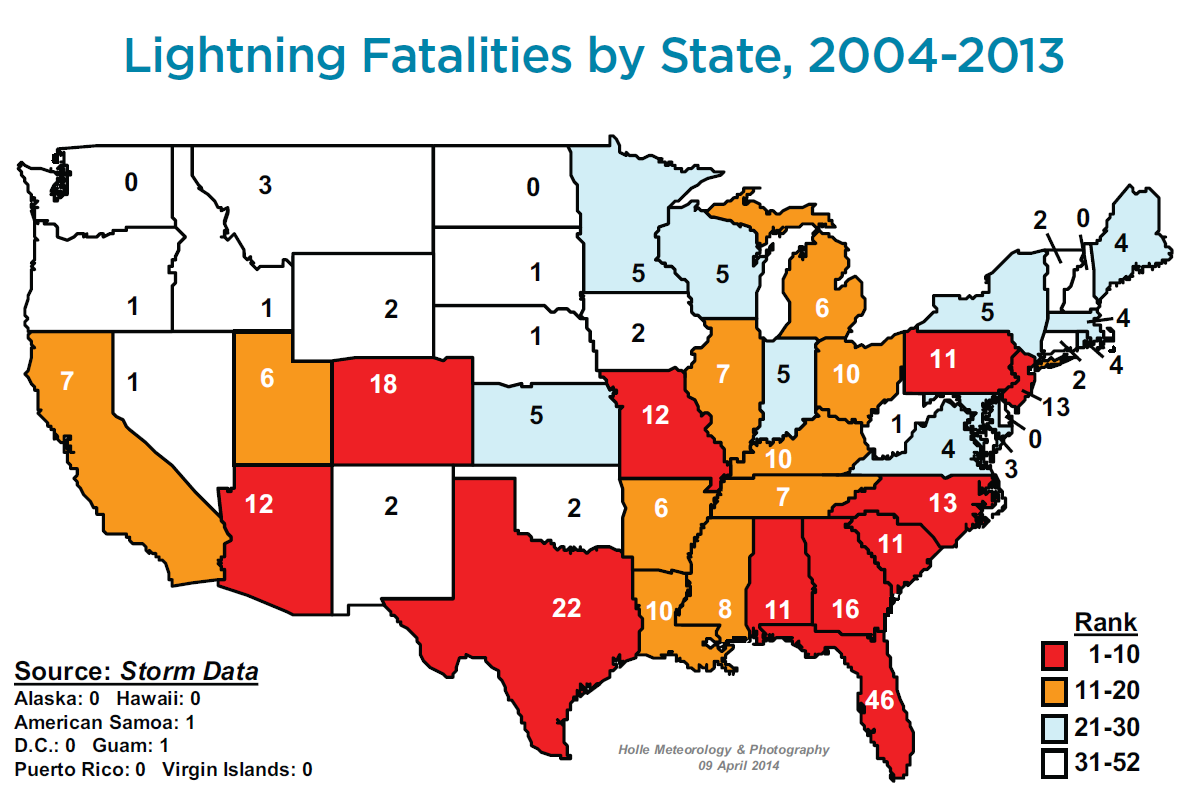 Contrary to the common expression, lightning can and often does strike the same place twice. Lightning is an electrical discharge caused by imbalances between storm clouds and the ground, or within the clouds themselves. Most lightning occurs within the clouds.During a storm, colliding particles of rain, ice, or snow inside storm clouds increase the imbalance between storm clouds and the ground, and often negatively charge the lower reaches of storm clouds. Objects on the ground, like steeples, trees, and the Earth itself, become positively charged—creating an imbalance that nature seeks to remedy by passing current between the two charges.In the United States, Florida has electric weather that is unmatched by any other state. Nearly all of the five most lightning-prone states are in the Southeast.